Razberi Technologies is pleased to announce the release of a new line of razberi™ integrated network video recorders. Razberi™ is well known as a complete pre-engineered solution for megapixel recording; each unit combines a server, PoE switch, storage, and video management software in a plug and play solution. The new MP series expands the capacity and performance of the razberi™ line by adding a new 4 channel and 16 channel model. Both units feature expanded PoE support for higher power cameras, faster uplink ports for network connections, direct support for fiber optics, and improved processing power to support the latest megapixel cameras.

“By adding a 4 and 16 channel unit, we can now economically support a wider variety of sites. In addition, we have added features to further simplify the installation experience to continue our commitment to provide zero training, plug and play entry level solutions” says Mig Paredes, Director of Product Management for Razberi Technologies.

“The MP Series is our second generation of razberi™ units” says Tom Galvin, President of Razberi Technologies. “The technology is moving quickly and we invested in a complete re-design to take advantage of it. We now have a platform with significantly better performance than our competition. Because we designed razberi™ from scratch for megapixel video recording, we know that all of the components are up to the task.”

In the past, the cost of selecting and building PC based video servers and providing high performance, video ready PoE switches was a major deterrent for customers transitioning from DVR technology. With razberi™, the marketplace now has an off-the-shelf solution.

MP-series recorders are now in production and orders are being accepted. 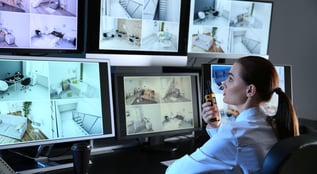