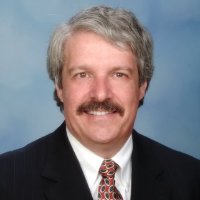 “The incredible success of our ServerSwitch appliance over the last few years has prompted an expansion of our leadership team and we have been fortunate to attract the top talent in the security. Having worked with Rich for several years, we know that he is the perfect choice to guide our technology and marketing strategy during this exciting and critical period of growth,” said Razberi Technologies President Tom Galvin.

Anderson has been a security industry executive for more than 20 years, most recently as owner of Phare Consulting — a national firm that has enjoyed great success in helping physical security companies with technical and marketing strategy, product launches, branding and messaging, acquisitions, and operations.

“The profitability and growth of a company largely come from three factors — all of which Razberi Technologies has — operational excellence, innovative products, and brilliant marketing,” said Anderson. “I’m excited to help with Razberi’s continued growth and success.”

The razberi™ ServerSwitch™ combines a network video recorder, a PoE switch, storage, and video management software (VMS) in one easy-to-use and easy-to-install appliance. Rather than employing the use of traditionally large and expensive network servers for video surveillance and access control, the software applications — including 3VR, Avigilon, Axis, Digiop, exacq, Lenel, Milestone, and OnSSI — run directly on the Razberi ServerSwitch™. This allows integrators to assemble smaller, more compact systems that don’t require a large IT infrastructure.

Adding Anderson as Chief Technology and Marketing Officer is just one of several steps Razberi Technologies has taken recently as a result of the company’s incredible success. Razberi Technologies raised $3.5 million in capital led by Texas-based LiveOak Venture Partners to support product development and business growth and relocated company headquarters to a much larger facility in Farmers Branch, a part of the Dallas/Fort Worth Metroplex.