Are you putting your video surveillance recording at risk by using RAID 5? 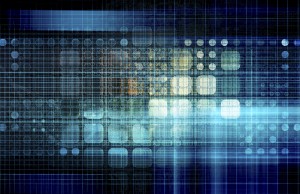 A Guide to Determine RAID Based on Mission-Critical Needs

High capacity disk drives have changed the best practices for RAID configurations used for video surveillance recording.  It is now common practice for server and NVR manufacturers to design systems using multiple drives with individual capacities of 2 TB and beyond.  In fact, surveillance and enterprise-class drive capacities from Seagate and Western Digital have reached up to 10 TB.  These capacities significantly increase the probability of losing all of the array data should a disk read error occur during the RAID rebuild process.  The past conventional wisdom of using RAID 5 for video surveillance is no longer a best practice.  Many storage vendors, including Dell, no longer recommend RAID 5 for business critical data on drives of 1 TB and higher capacity.

-       RAID 5 should not be used for video surveillance data storage

Get a clear guide to understand RAID, the various RAID levels and the appropriate applications.

This paper includes a summary and comparison of various RAID level and their applications.