AT A GLANCE: The Future Direction Of Video Surveillance Security

What the future holds for security solutions

by Will Mendez, Senior Sales Engineer 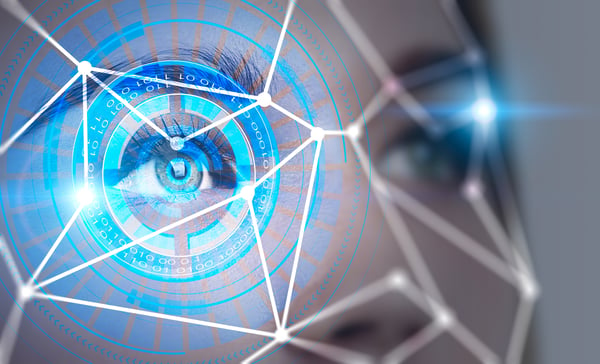 Do you know what the future holds for security? I don't pretend to have a crystal ball, but sci-fi movies seem to be good at predicting the future. So I'll reference the 2002 sci-fi flick Minority Report, where "pre-cogs" are used to gather and analyze data to predict crimes before they happen. While the movie paints a somewhat grim future of humanity, we can see how Big Data and analytic technologies are utilized in similar ways as today.

If we look at the history of video surveillance, the technology has evolved significantly and continues to provide multivariate solutions in an ever-expanding field. With the convergence of Ethernet networks and surveillance video data, the stage was set for the next evolutionary step.

Security video is becoming the fastest-growing type of data. Apart from its visible role as a security tool, surveillance video can also be used as a data mining tool for business intelligence purposes. We can expect to see improvements for video management systems (VMS) to search and filter Big Data for relevant footage as it provides automation in the NOC. We have also seen the introduction of analytics platforms capable of performing sophisticated operations at the edge, such as business analytics, facial recognition, perimeter detection, license plate recognition.

The Fusing Of Emerging Technologies

What lies ahead is exciting and intriguing. When we consider top trending technologies such as Cloud Services, Big Data, Cybersecurity, Quantum Computing, 5G, Smart Cities, and Artificial Intelligence, we realize the resulting interdependence among them as we leverage their use in a consolidated fashion. Moreover, the proliferation of IoT devices growing exponentially each year combined with an expected increase in demand on the 5G network will require a monitoring platform capable of effectively managing these devices while establishing a secure cyber-posture to ensure that these devices are not compromised.

Blockchain technology may play a key role in securing these end devices through robust encryption and distributed nodal architecture. Recently, corporate giants such as FedEx and IBM have begun investing in this technology - a clear example of how technologies can be adapted across industries for practical use.

Cloud services are making their mark and will begin to play a more critical role in security and surveillance. Businesses utilize Security as a Service, where systems are managed remotely, but the Cloud offers more secure and cost-effective data storage. Archived video and data can be stored longer while being easily accessible. The benefits of the cloud model AWS (Amazon Web Services) is ideal for large enterprises, federal organizations, and smart cities.

Milestone recently announced that it would offer the XProtect® platform as a hosted service in the AWS cloud. The Surveillance as a Service is an example of how businesses that have adopted cloud subscriptions for other aspects of their business and are comfortable leveraging their existing relationship with AWS, Microsoft® Azure, and Google as a foray into the surveillance cloud space.

Apart from the sophistication of the back-end mechanics that is the Cloud, the model represents an efficient way for integrators to get their clients up and running with XProtect® on AWS instead of on-site deployments. What would typically take weeks or even months to spec, purchase, and install video hardware along with the accompanying software platform, now takes mere minutes for configuring and launching XProtect® on AWS can be done in minutes. The value-add lies in their "bring your own license" policy that aligns with Milestone's end-user licensing agreement as well as their reseller and business models. 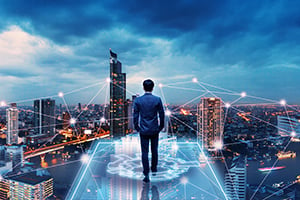 Smart cities are a form of urban intelligence that leverages the framework of IoT devices that can be managed and monitored to improve how cities function and efficiently provide resources and services. The goal is to utilize smart devices, such as mobile phones, tablets, and surveillance cameras and other edge connected technologies to transmit their data in real-time via cloud-based applications to help municipalities and citizens make informed decisions that improve their quality of life. Examples of this can be seen in New York City's Smart City initiatives. For instance, Midtown in Motion is an advanced smart signaling system with the help of sensors, cameras, and EZ-Pass readers, which has improved travel times in midtown Manhattan by 10%. LinkNYC is a communications network designed to replace 7,500 payphones with Links, which are free Wi-Fi hot spots for internet access, device charging, dedicated 911 buttons, and public view monitors for service announcements and advertising.

Safe City Savannah is a city-wide surveillance initiative made possible by a community of small business owners in Savannah, GA. This technology platform allows collaboration among privately owned businesses to improve public safety. SCDataCom is an Integrator local to Savannah and has led the effort, in the form of a Beta initiative, to provide Razberi monitoring equipment to facilitate remote monitoring and cybersecurity of their surveillance cameras using Razberi's new Monitor™ Dashboard. This is a metrics-driven, front-end monitoring tool designed with intuitive navigation providing health monitoring, asset management, and comprehensive reporting to determine trends. Razberi Technologies, a forward-thinking technology company, continues to develop software and hardware platforms designed with cybersecurity hardening and effective monitoring solutions.

As security operations continue to absorb and manage new surveillance technologies, they can easily be overwhelmed as task management becomes more arduous. Enter Physical Security Information Management (PSIM). PSIM is a software model that provides a platform created by middleware developers to integrate multiple disparate security applications and devices, allowing them to be managed through a unified user interface. The surveillance realm might consist of the VMS, Access Control, Building Management, Mass Notification, and License Plate Recognition systems within an intuitive browser-based or thick client. Events are collected from these subsystems and used to empower personnel to identify and proactively resolve issues, improve situational awareness, and report efficiencies, resulting in reduced costs and streamlined security protocols. Prioritization of threats is essential where systems are inundated with excessive alarms, many of which may be regarded as false or non-critical alerts. 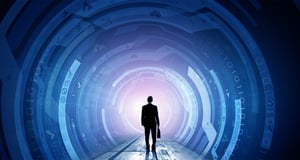 What Is the Future Of Surveillance?

While not easy to answer, surveillance is one of many spokes in the wheel of data types requiring its own data processing and appropriate response. As with other data types, their commonality lies in their reliance on the technologies discussed earlier. They need intelligent end-point sensing (IoT devices), harnessed by a reliable (5G) network for back-haul to a big data repository in the Cloud. A centralized application with built-in artificial intelligence (AI) would use its sophisticated algorithms to parse through the data and present actionable information with recommendations for action.

The future of surveillance relies on the development of an open architecture platform that provides a toolset capable of absorbing and managing multiple systems. This technology has struggled to gain a foothold in the surveillance industry. Why? PSIM's have not done an excellent job of managing the full range of subsystems in the security enterprise. Additionally, many PSIM's support a small fraction of the subsystem's capabilities. This represents an incomplete solution.

The challenge is developing a PSIM that can leverage the full range of features of the subsystem's Application Programming Interface (API). The PSIM should be open to allow 3rd party software and hardware to plug into its environment in a modular fashion easily. PSIM's represent a promising and necessary element for security management and will require tight collaboration between the PSIM vendor and systems integrator, with a focused effort on a customized design tailored to the organization's specific needs.

After the release of Nintendo® Wii in 2006 and Microsoft Kinect in 2010, it is not difficult to imagine next-generation surveillance systems driven by a gesture-based user interface.

The Future Is Now

While Minority Report presents a future of spider-like IoT devices scanning retinas for identification, consumer purchases being logged for future reference, and marketing ads following the citizenry as they shop at the mall, all this translates to data collection at the edge for centralized PSIM monitoring and data analysis. The movie allows us to imagine how the underlying framework of today's PSIM is used in a futuristic world to utilize advanced technologies to achieve efficiencies using automated tools. 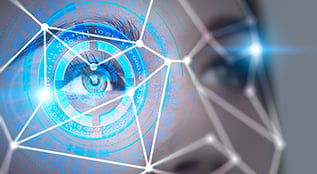