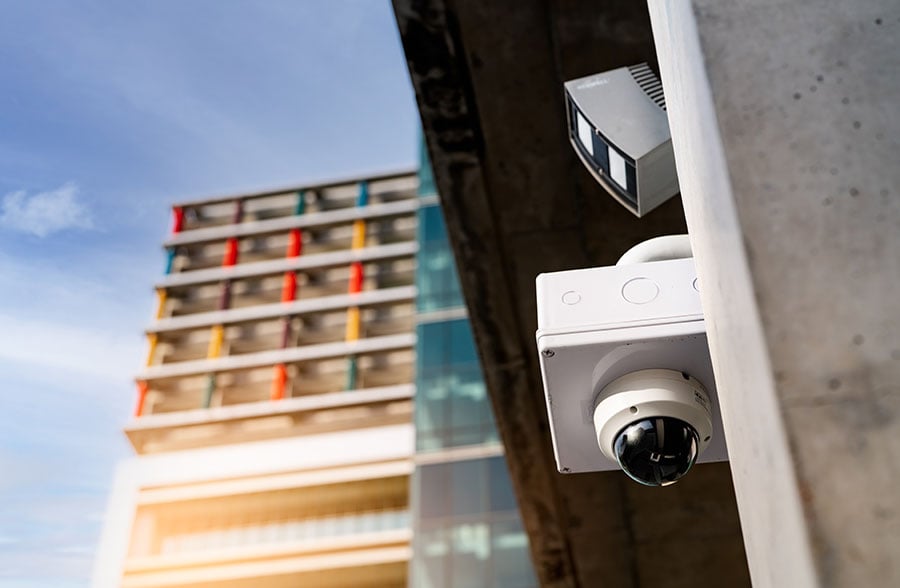 Currently, the global average cost of each network security breach is over four million dollars. This sum is the highest average total cost on record. Many security breaches go undetected and unresolved for a period, and a slow breach response typically adds to the cost. 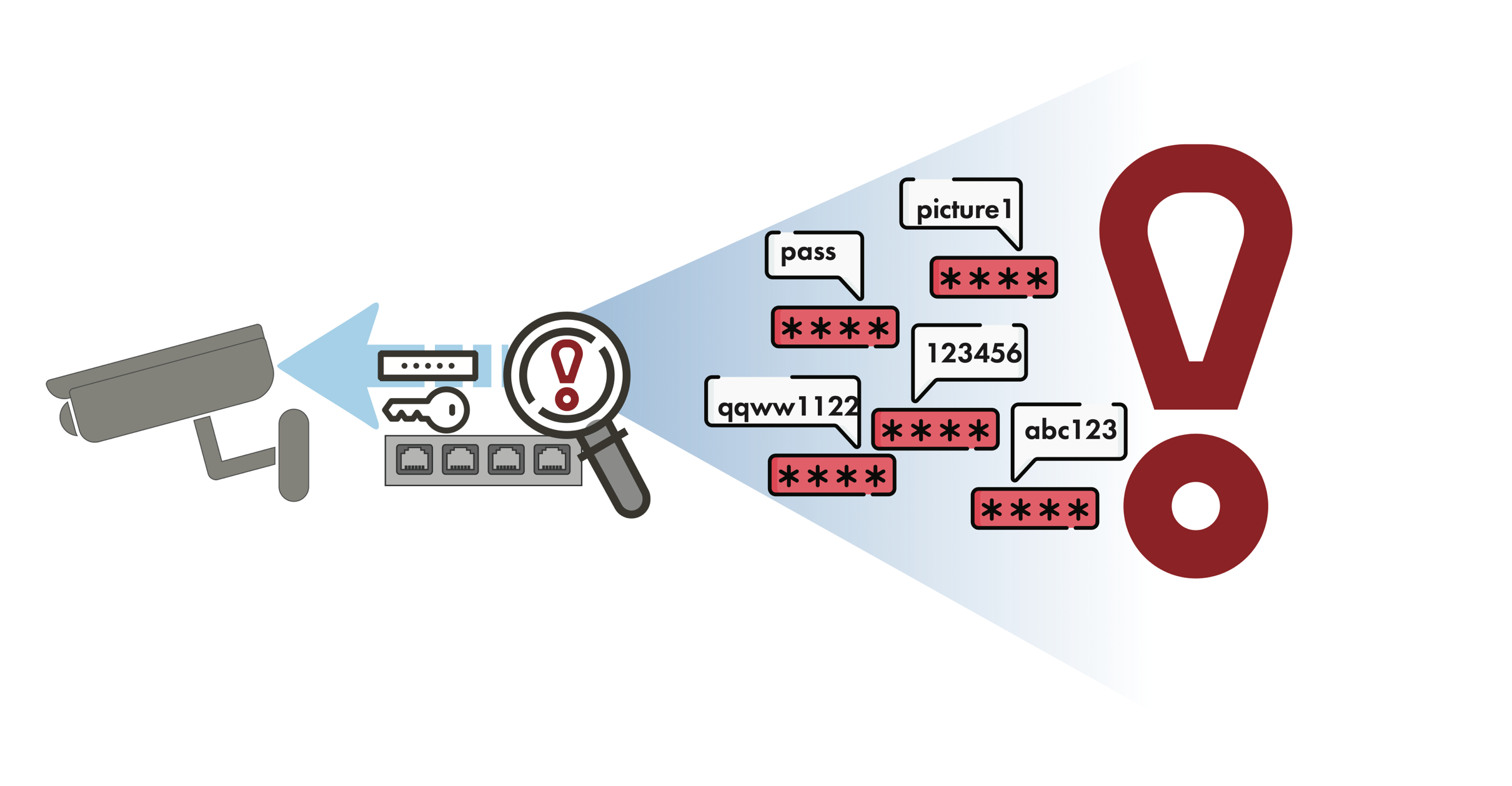 Unsecured or poorly maintained passwords, both at the administrative and camera level, is the primary cause of security breaches. In fact, Verkada and SolarWinds were both achieved using unsecure passwords for global admin accounts.

Passwords can be compromised in a myriad of ways, including through phishing, key loggers, password identification by trial and error, or credential stuffing. We’ll talk about them in more detail now.

Phishing emails can be sophisticated enough to fool tech-savvy companies and trick users into participating in what they consider regular business interactions.

Key loggers – Through phishing, network intruders regularly employ a type of malware designed to track user keystrokes and report information back, specifically usernames and passwords. Once they have this information, your system has been breached.

Authentication typically involves comparisons of user-profiles, application of encrypted passwords, and other accompanying protocols such as forms and client certificates. However, network intruders can bypass system authentication through design flaws or loopholes in the authentication process or by easily compromising weakly designed or misconfigured systems.

Backdoor software access is routinely created by camera manufactures to easily gain access to their system designs for troubleshooting, repairs, or to help users when they are locked out of the system.

Supply chain attacks are prevalent in the government and the financial sectors, where network intruders identify and exploit vulnerabilities in the supply chain network. Supply chain vulnerabilities occur due to outdated, inadequate, or improper network security measures universally employed over a large diverse network.

Network appliances situated in remote locations can be vulnerable to physical and cyber-security breaches as well. Gates, locks, and other physical security employed may be vulnerable due to inadequate security or threats that originate from inside the facility.

Common internal threats may develop due to employee dissatisfaction, sudden termination of an employee, or corporate sabotage. In both situations, intruders can gain access to network appliances without immediate discovery.

Potential Losses and Costs Due to Video Surveillance Vulnerabilities

Loss of assets – After a breach, companies are often forced to shut down network systems and business operations, resulting in frozen assets and the immediate loss of productivity and profits.

Loss due to ransom – Ransomware attacks leave companies with two choices: pay the ransom or discard and replace the system, which sometimes includes the entire network infrastructure.

Loss due to increased scrutiny – Companies are typically required to report significant cyber-attacks to authorities and regulatory agencies involved with cyber-crime and financial securities.

As a result, company operations can be constrained by detailed government investigations and internal scrutiny of managers by the executive leadership. In turn, operational constraints can affect worker morale, efficiency, and short-term profits.

Loss of trust – Companies can lose the trust and respect of current and potential customers. Brand-conscious consumers can outright abandon products or drop companies due to negative publicity surrounding a severe security breach.

Cost of new assets – Companies will typically remove and replace their existing systems, buying new servers and switches for their network infrastructure. Also, they may be compelled to spend more money on cyber-security and add costly cyber-security insurance as a natural quick reaction.

Cost to future operations – Companies may add resources or divert limited resources to address damages caused by the security breach. Moreover, they may need to address customer dissatisfaction and go back to building relationships and trust, incurring additional customer relations and marketing costs just to regain brand loyalty. 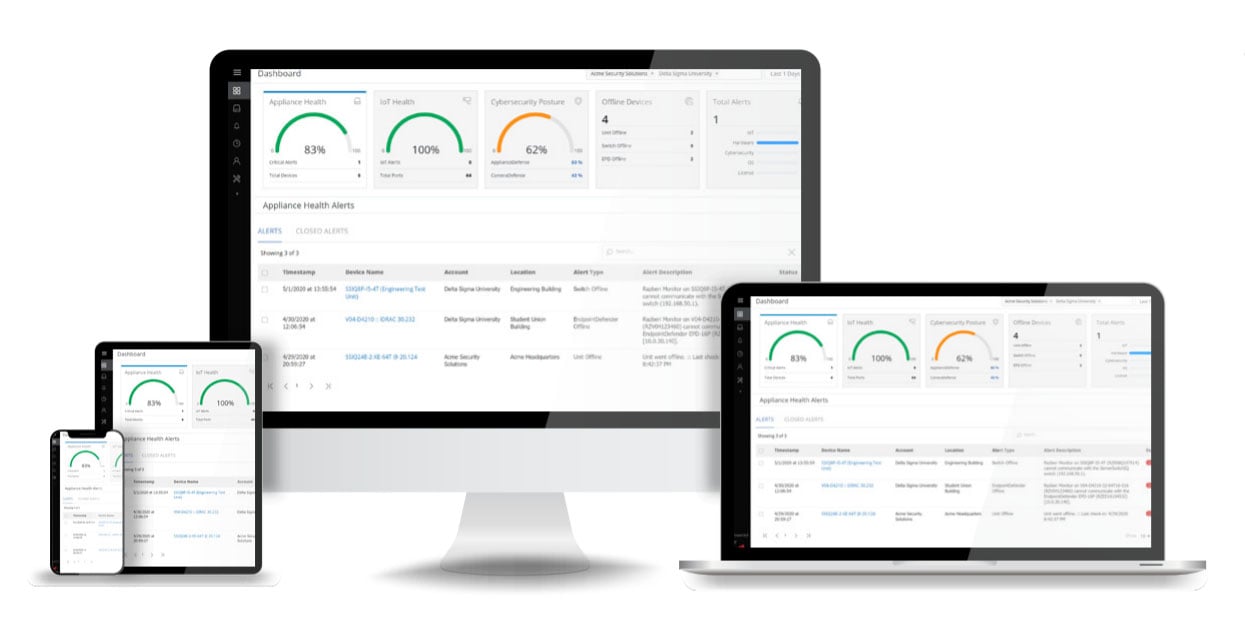 Razberi’s Monitor™ predicts and prevents problems while providing a centralized location for IT departments to view the video data.

Razberi enables access to a wide variety of the best single-vendor proprietary software and products that will help you prevent or eliminate network video surveillance breaches.

It’s easy to think a security breach won’t happen to your organization, but cyber-attacks are on the rise. And they’re getting more costly every day. To learn more about bolstering the defenses of your video surveillance system, you can watch our free, pre-recorded webinar. Or contact us today.